The Tallest Man on Earth - I Won't Be Found

As beautiful as the scenery at Nordkapp and as thrilling as the feeling of getting there, deeper impressions were left on me by a handful of lonely bicyclers we passed. The roads endless up there, swaying through cold, dark tunnels, the weather’s wet jaw bid thighs, shoulders and face, and hubs for rest were fifties of kilometers apart. They may not have been on epic bicycle journeys any of them but the thought of the level of determination and willpower exerted by these people truly humbled and inspired me. 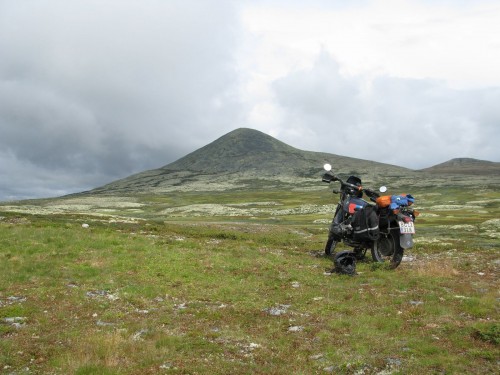 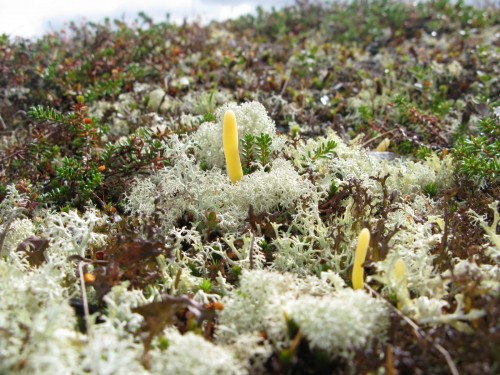 I remembered a summer, touring North through East France in our family RV, when we were caught a few minutes behind a cyclist on a small road. “That guy looks like he has been on the road for a looong time”, I remarked, looking at his gray hair, long beard, worn cap, maybe ten plastic bags with stuff attached to the main luggage on his generally-overloaded bike — an old pedal bike that was. He was in an upright position going at what seemed like a very comfortable, I-don’t-have-to-be-anywhere-at-any-specific-time pace. What stroke me about him, which I recognized even then, was that he was not wearing or carrying any special gear. He could be anyone who had decided from one day to the next to pack his bike and go nowhere and everywhere at the same time. Again, he may not have been on any epic bicycle journey but he fascinated me immensely until I forgot about him. 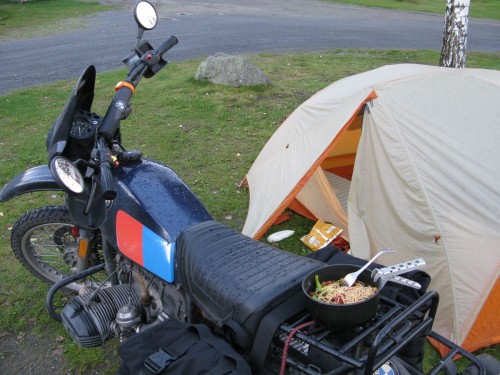 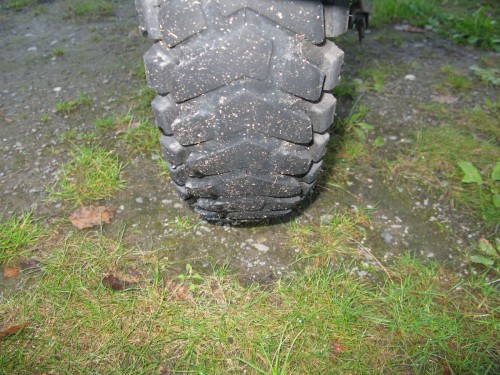 It was weird to part ways with Andreas some days ago when he went for a ferry to Denmark in Oslo. At first I felt lonely, then I started appreciating the beauty of the lonely road, finally off of E6, the main road through Norway which frankly starts to get a little boring south of the Arctic Circle. Set up camp in Lillehammer. It was raining miserably but I have numerous pleasant memories from skiing holidays with near and distant family. We had been kind of speeding through Norway, fingers crossed that Andreas’ rear sprocket would not end it for him, so now, suddenly with a lot of time on my hand, I decided to take a day off. 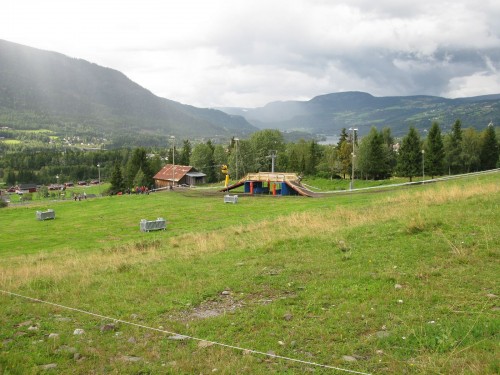 That’s when I realized my rear tire was about done. With 1,200 km left, from Lillehammer to Stockholm to Aalborg in Denmark, I felt like I had to find a new tire and drive slowly and avoid detours until I found one. Three days later I’ve given up finding a new one. I’ve been to four motorcycle shops (without GPS navigation) and called something like seven different phone numbers, each phone call gave me the next number to call. The problem is that I have Tube Type tires, not Tube Less tires — basically my wheel requires a tube inside the tire and shops don’t have those in stock. 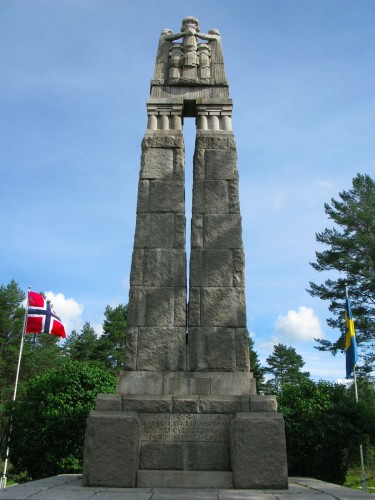 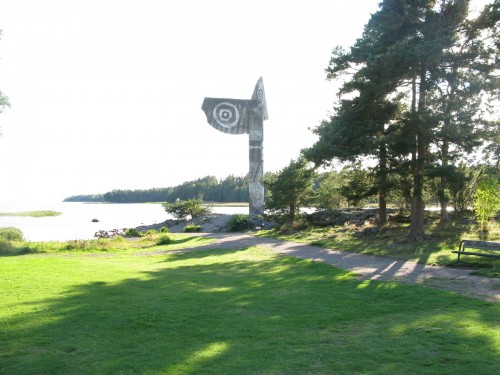 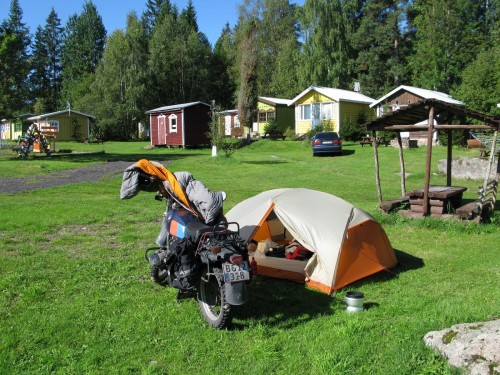 I saw the Värmlandsmuseum in Karlstad. The area has been inhabited since the last 100,000-year ice age 10,000 years ago. I also drove by an out-of-place Picasso sculpture in Kristinehamn. Nearby I was too stubborn to pay for a camping card membership. I could not pitch my tent at their place unless I signed up as an annually paying member, so I did not pitch my tent and went on instead. I found a very crappy camping place right next to the highway for only 75 Swedish kroner — no paperwork required, but it was dirty, old and I didn’t really feel safe there because the few other people there were yelling stuff in Russian. 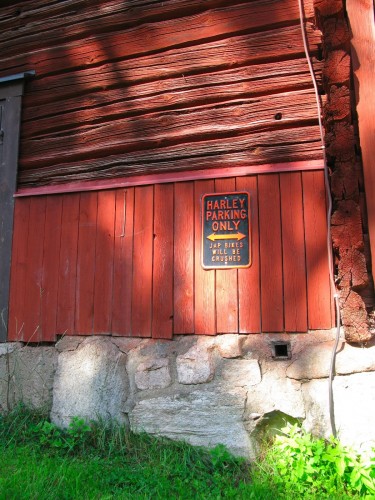 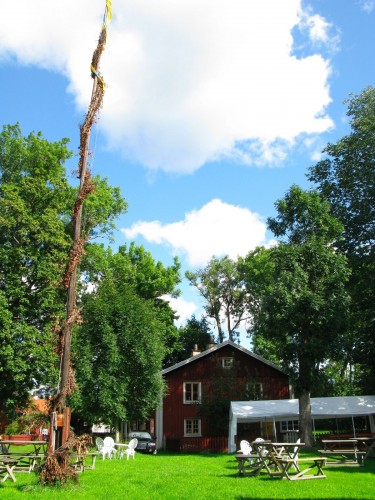 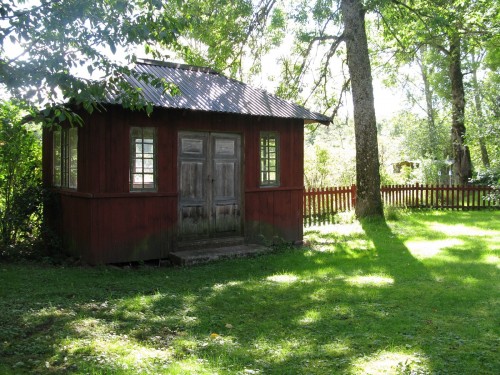 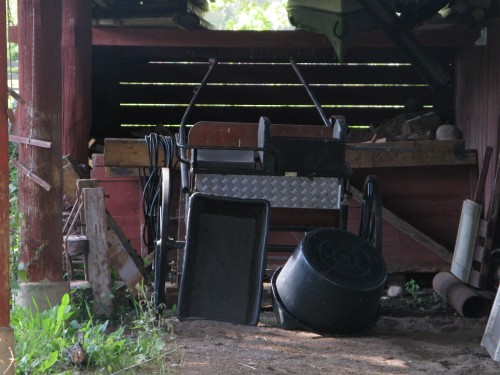 Today I went in luxury mode. Went for a bed and breakfast, 450 Swedish kroner, got a whole cabin for myself at a wonderfully cozy, archetype Swedish farm with various animals. Just relaxing — reading about everything on my Kindle, from the Swahili language to plate tectonics, rock formation and glaciers, when I’m not thinking about what epic adventures my good old pedal bike at home may be up for. My stomach is full, my clothes are dry, the tent is dry and life is generally good today. Leaving for Stockholm tomorrow afternoon to meet with two friends and go to a First Aid Kit concert on Saturday. While Stockholm is not the very end, it has been my goal number two on this trip, so I’ll probably have to throw myself down for a moment on the ground next to the bike when I get there.

[Wrote this post last night. If the videos don’t work, it’s because youtube is still processing them.]