I met my motorcycle for the first time this Christmas holiday and had a couple of nights to get it started and inspect its condition. 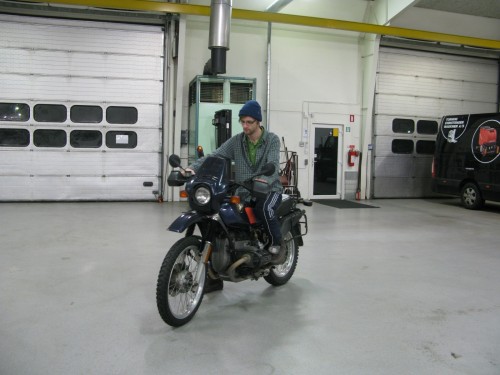 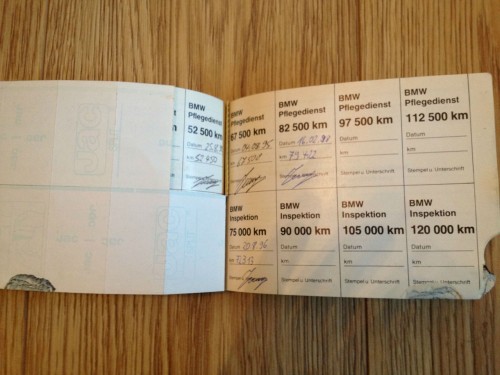 This is a 1985-BMW R80G/S with a couple hundred kilometers more than 100.000 (most from before ‘97) on the odometer. It’s a classic motorcycle produced from 1980-87 and, since then, adventurous spirits have used it to cross countries as well as continents. Its look, charm, character, history, reputation, all the soft values you can think of, are honestly the main reason I could not settle on any other bike than this one. I love it. 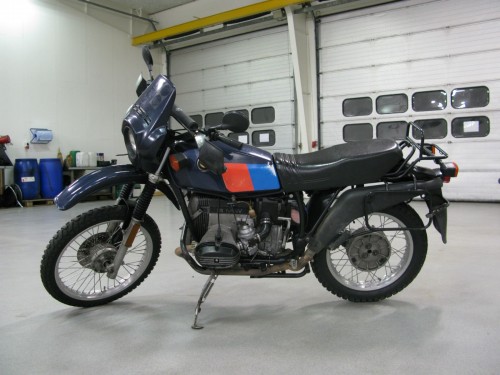 Andreas reluctantly appreciates the nostalgia and acknowledges its track record in adventure biking. He is worried about the 20-year old technology compared to that in his Amelia. And, with two different bikes, we need to carry more spare parts. Although our mileage can probably be made similar, that’s also not going to be the same. We agree however that this trip should be done on the “right” bike, the one that feels good, and it’s going to be very interesting to experience the differences between these two! We’re going to write a specification-comparison post later. 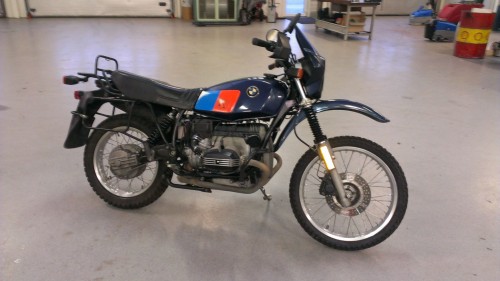 Anyway, I bought this particular R80 from a guy southwest of Hamburg in Germany. I was in the US at the time so I had to rely on pictures and trust via email to make the decision. I paid 3900 EUR for the bike and 200 EUR for transportation to some storage space that my parents have in the middle of Jutland in Denmark. I expect to pay 1500 EUR to have it licensed in Denmark. That’s a total of 5600 EUR (or about 7700 USD or 42000 DKK), meaning that I have a about 4000 EUR (or about 5000 USD or 30000 DKK) for restoration and necessary modification. 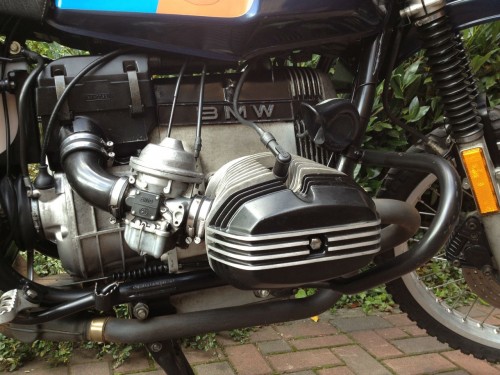 My plan is to do everything myself. My technical knowledge of motorcycles, and cars and engines for that matter, is at best limited, but I want to learn how everything works so that I won’t be completely lost when it breaks down in the middle of nowhere. It should be possible (and fun!) given enough time, help from and discussion with friends and family. 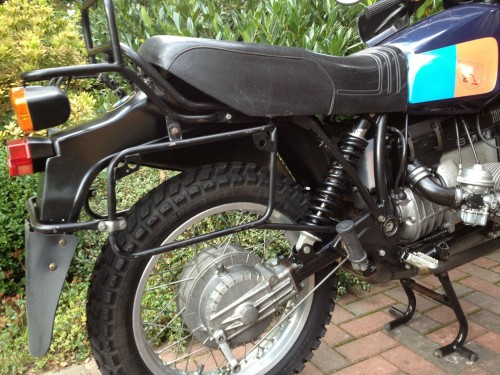 I have a thousand things I could tell you about what led to my choice of this exact bike, and a couple of drafts of this post included them, but I thought it got too boring — Andreas and I have spent many waking hours discussing motorcycles for our journey. I particularly remember one of the few PhD courses we both took, Bayesian Statistics; we definitely had more bikes than equations on our computer screens. So easy to get distracted by a cool picture, the latest second-hand bikes in Denmark and Germany, articles about engines or tires, whatever, or a blog post from a guy, girl or group out there on the road right now! So… Instead of going through all the detail now I’ll let you ask whatever you want and I can answer in as much detail as possible. Also, go meet Andreas’ Amelia if you haven’t already done so. 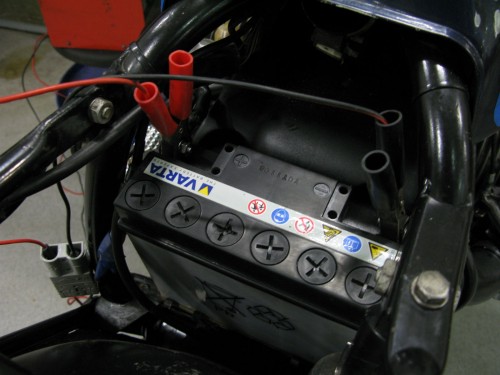 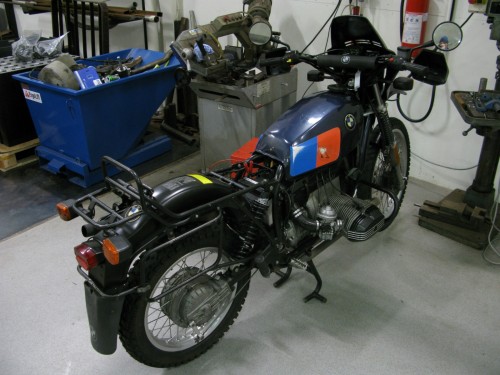 The name of my motorcycle. I had no candidate names before I read the original owner’s manual. The manual had the name of the first owner of my bike on one of the first pages. A German woman named Sabine Seifried bought it in 1985 for who knows what reason. I thought either Sabine or Seifried. They are good names. I wanted something simpler and arrived at Sif, as short for Seifried and as the wife of Thor in Norse mythology, a shy woman of unmatched beauty with blonde hair and a single hair of gold. I’m not entirely sure I think Sif fits. That’s why I call the bike Bob. The official name is Sif and that’s short for Seifried. Blixen is a strong competitor, but I have to finish Out of Africa before deciding.

That’s it for now. Stay tuned for follow-up posts on Bob.