Norah Jones - Come Away With Me

I’m at my computer, listening to Norah Jones. The rain is pitter-pattering on the roof, it’s slowly getting darker outside, and Camilla is sitting on the couch, reading – wait, what?! Wasn’t Andreas supposed to be in Africa now? And who is Camilla? And why is it raining in late April?

All right, let’s back up. It’s been half a year since I last checked in on the blog, and quite a few things have happened. Back then, Anders had left the project, I had shortened the trip to “only” include Africa, and I was planning on going alone – it’s impossible to find somebody crazy enough to jump on a project like this. 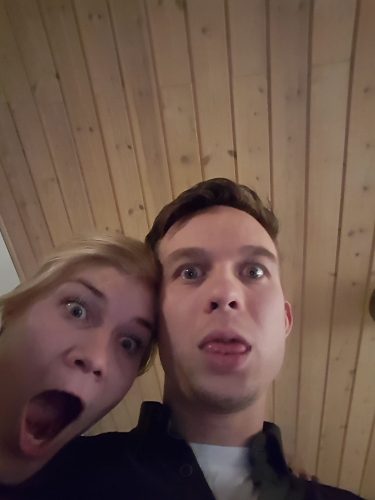 Camilla and yours truly.

What I did not mention, was that I now had a girlfriend, something which probably also had had an influence on my decision to shorten the trip. Camilla is in med school and a smoking hot blonde I met in the climbing gym. Camilla is also good at worrying about things. It had not been without considerable hand-wringing that she received the message about me traveling through Africa on my own. But it was clear that after 3 years of planning, I was not about to cancel the trip. So that was it.

Right until the day when Camilla’s mother, Birgitte, said these words: “I do understand if you want to join Andreas on his Africa trip” – despite her also being familiar with the concept of worrying. Camilla mentioned to me that her mom had said it, mostly for fun. But it was a brilliant idea! 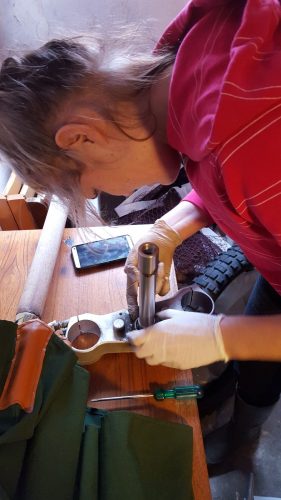 Since last time, I also changed steering head bearings on Amelia with eager help from Camilla.

Camilla is one of the coolest people in the world, so she pretty soon thought it was a good idea too. She took her motorcycle license, we bought her a bike, and she took six months off of her studies. I’m thoroughly impressed.

For technical reasons, Camilla could not leave her studies until this autumn, so the trip was postponed by 6 months. Fortunately, I have a fantastic boss at the university, so when I knocked Thomas’ door and asked if he could use me for another semester, he barely blinked before he said yes.

Since we’re now leaving in the Danish summer, we’ll flip the trip upside down once more. We’ll ride south from Denmark to Cape Town and fly home from there. 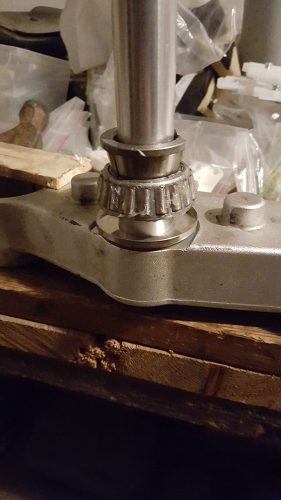 The plan is as follows: My good friend from San Diego, Michelle, is getting married in July. In San Diego. So we’ll take a trip to the US before we leave for Africa. Luckily, I’m going to a conference in Las Vegas at the end of June. After that, Camilla will join me, and we’ll explore Utah in a rented car. Then we’ll drive to the coast, where we’ll meet up with Camillas family. They saw the opportunity of a guided trip through California, so together we’ll spend 3 weeks cris-crossing The Golden State. It’s gonna be great. During that trip, Camilla and I will attend Michelle and Philip’s wedding.

We return to Denmark on August 7, spend a couple of weeks sorting out the remaining details, and head south. What an adventure! 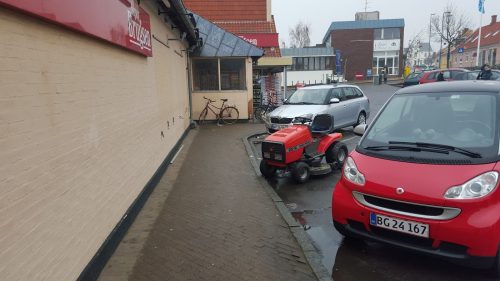 During our preparations we had an extremely cold trip to the small Danish island of Bornholm during Easter. The locals don’t need no stinkin’ motorcycles to get to the grocery store…