Towards the Arctic Circle

Headache came first. I ascribed it to dehydration, or a delayed dizziness from the ferry to Helsinki, or heavy neck tensions from carrying the weight of the helmet and pushing it against the wind many hours a day, or maybe the ongoing noise inside the helmet during those same hours. Then the next morning came feverish chills at the slightest sparks of cold. 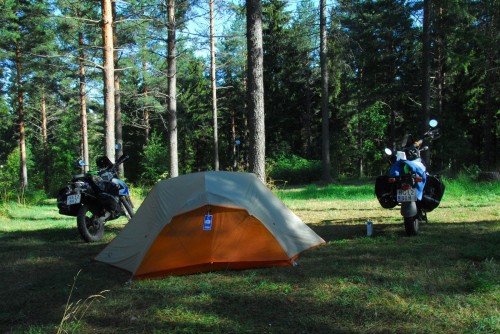 We have been camping like this since day 2. That’s about 10 days ago.

After some 300 km from Helsinki to Savonlinna, feeling groggy, lying down for a moment on a parking lot, the stomach started to act up and, unfortunately, now Andreas started to feel it too. Two pretty ill-conditioned existences arrived early evening in Savonlinna. Our plan of going out to have a taste of the city had to be replaced with a quick dinner and a very early bedtime. 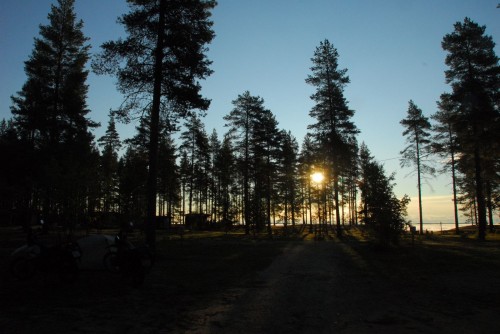 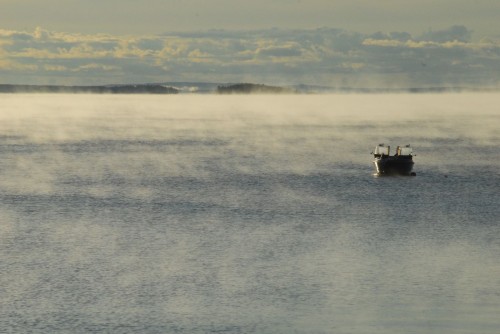 As we approach the Arctic Circle we’re cursing over the Scandinavian fuel prices, and adjusting to the markedly colder and unsteady weather. In the Baltics, one or two layers of clothing would do it all day, but up here we need three or more — as many layers as we can fit. I guess it’s about 10 degrees Celcius daytime, feels much colder while driving. Finland has endless beautiful forests and lakes but after long stretches in the shadow of trees and sporadic clouds it’s heavenly when the sun finds its way to your face. 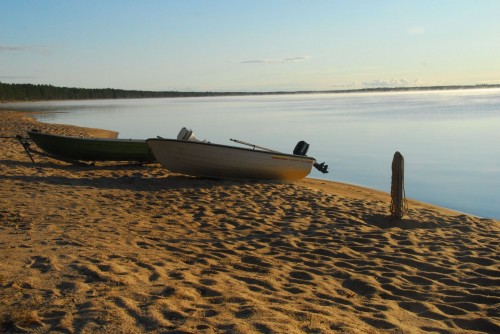 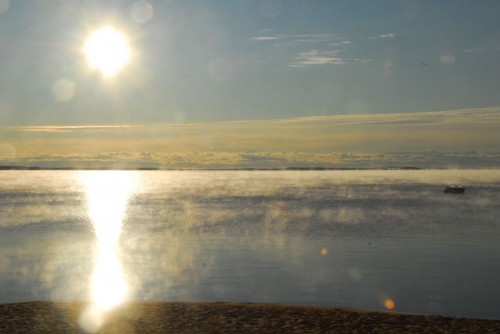 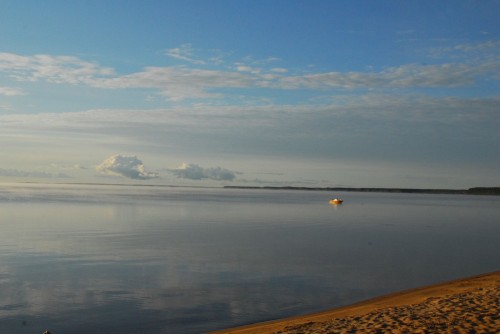 Now, three days after the first signs of illness we’re pretty much back in shape, determined to reach Nordkapp. After a flying start this morning with great music making good speed, we had a break where I noticed oil dripping very slowly from the drive shaft filling bolt. We thought first a gasket was missing, and it was, but more importantly it would turn out the winding which the bolt goes into is missing too. Quite critical. Don’t ask me why it’s missing or why I haven’t noticed it before. I learned yet another lesson. We’re staying in Rovaniemi tonight and it should be relatively easy to find a new gasket tomorrow — famous last words. 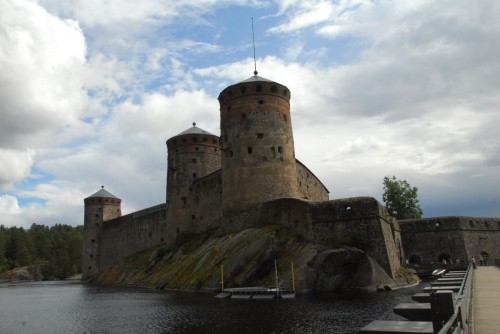 A real fortress Olavinlinna we went in to see. Built in 1400s by the Swedes when the Swedish border extended to southeastern Finland. It was later conquered by the Russian and eventually handed over to Finland.

So on the way from an 11th hour visit to the Arktikum museum in the city we found a camp site but decided that 44 EUR was way overpriced — we payed at most 25 EUR/night so far — we went back out of the city to another one. Fifteen EUR yeah. 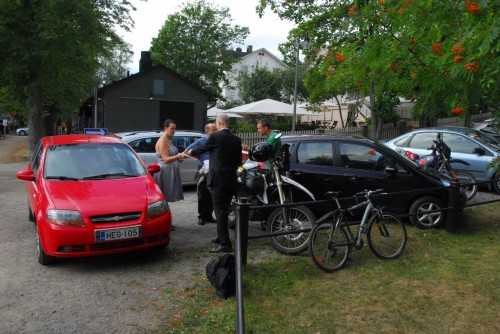 Andreas’ motorcycle Amelia fell over into the red car while we looked at Olavinlinna. The car belonged to wedding guests. Here they exchange insurance information. 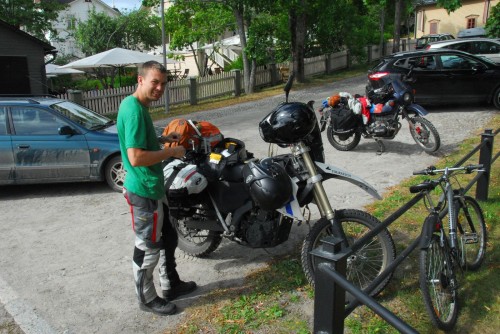 Unfortunately on the way my bike Bob and I took a beating when we glided out in a sharp turn with too much gravel. By the time when I saw the gravel I was too far out to avoid it. Realizing that nothing serious happened I got up quickly to get Bob and myself away from the road. I made a circle to make sure nothing fell off and signaled to Andreas that we should make a stop soon but away from here. 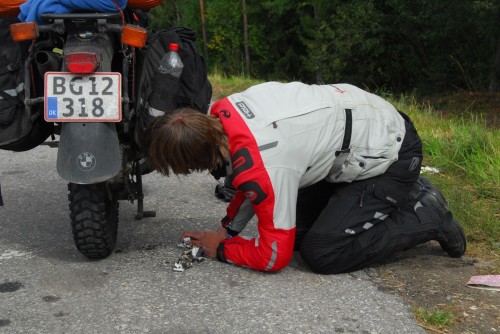 Andreas is always fast with his camera to catch me inspect Bob. Here we found the oil leak.

Fresh cuts on the side of Bob, nothing on the Magadan panniers, the knots on my gloves torn up a bit, my pants dirty and the one arm of my jacket suddenly looks very well used, even with a small hole. Wonderful that my clothes worked. The only problem was that my jacket had creeped up a bit while sliding the few meters on the tarmac so I had a bruise on my hip and a larger one that needed cleaning on my upper arm.

The last five kilometers to the cheap camp site were quite painful but Andreas eventually got out his first aid kit to clean the bruises with a swamp, soap and skin cleansing alcohol and wrap it up in a bandaid.

Illness and gross overestimation of how far we would be able to comfortably drive each day have made the past few days a bit of a struggle, but we’re in good spirits.