Technotronic - Pump up the jam

My butt hurt and my throttle hand was numb. My ears were ringing and I could barely see the road for dead bugs on my helmet. I had just come home from 11 hours on the road. I blasted 611 km through the Danish landscapes yesterday. 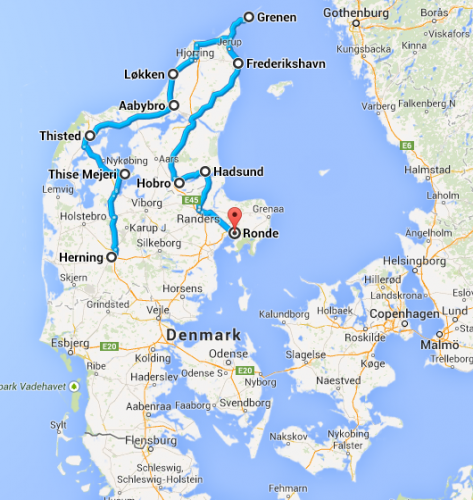 I had two goals: Thise Mejeriet in Thise, a Danish independent dairy factory, and Grenen, the stick, branch whatever, which is the northern tip of Denmark. Going to the tip was much like going to a fun park or something. As you got closer long streams of cars in both directions. And a packed parking lot once you got there. But I was happy to reach my goal.

I bid the dust only once when I was fooling around on a beach for 10 min. The sand was suddenly very deep. As I raised the bike again I’m sure I saw fuel leak out somewhere, but when I looked again there was no trace at all so I have no idea where it came from. I’m not even sure I saw it now. I was so focused on getting up again. I think I may have bent the gear lever because it’s more difficult now to shift up. Will have a look at that today. 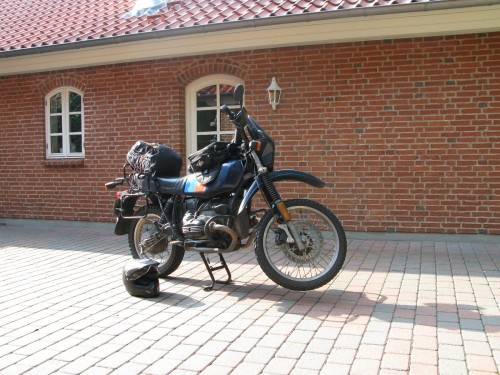 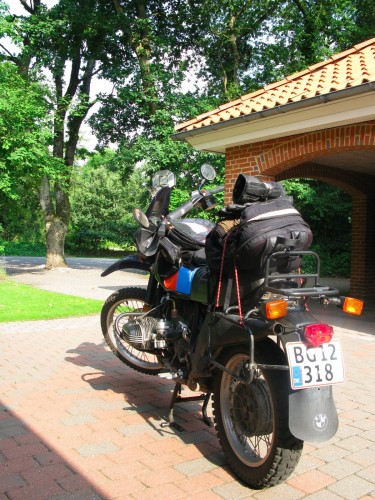 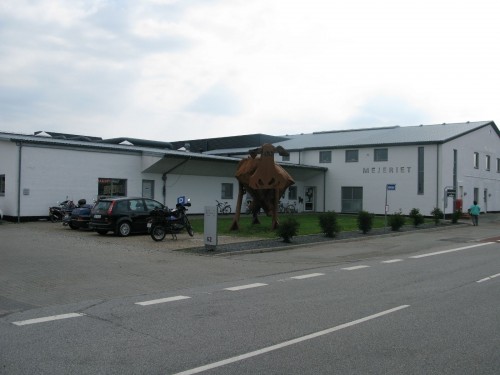 In front of the Thise Mejeri 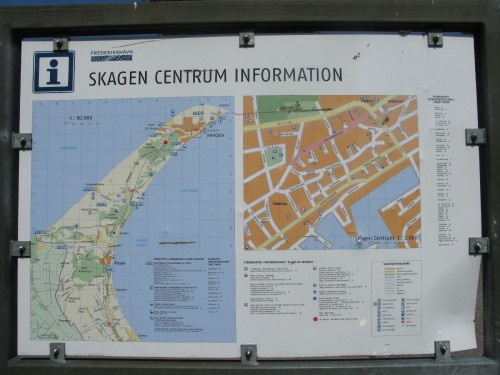 Map of the tip of Denmark, just finding my way 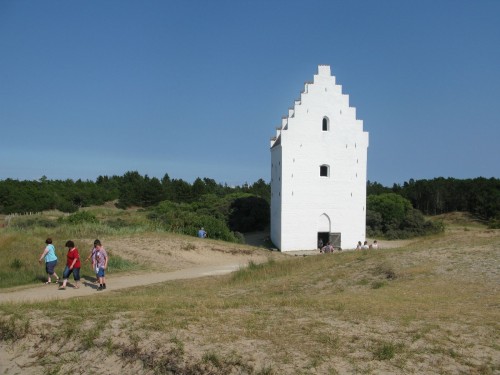 The sand-covered church. A very old church — half-covered in sand. People were eating their lunches

The parking lot at the very tip had a lot of space for motorcycles. Two other BMWs were there. 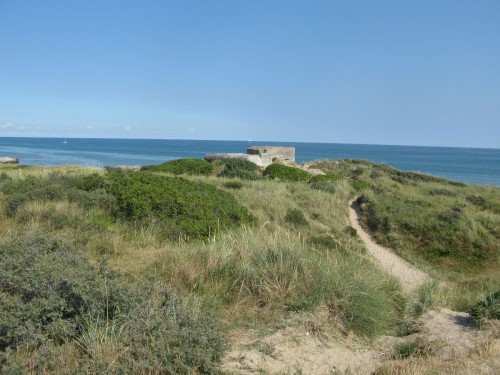 A bunker from the second world war. 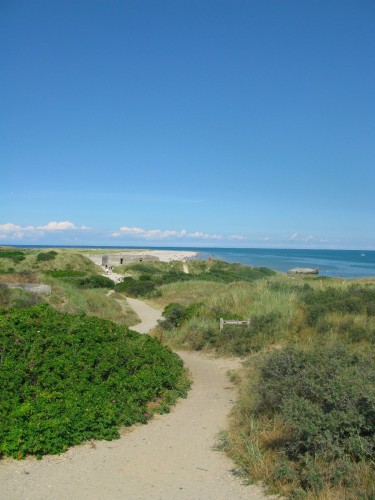 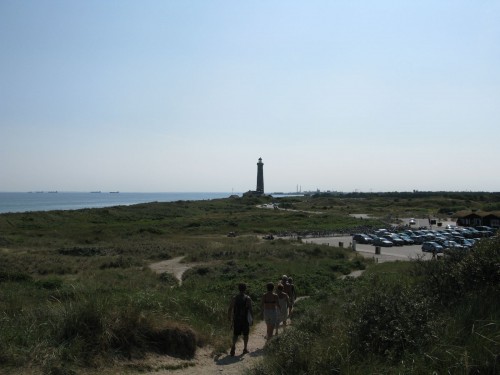 A light house. Looking towards the Skagen city

It was, at least half of it, a beautiful trip. Fun. Good experience, preparatory for our August trip..! It was maybe 100 km too long for one day. I was not really physically exhausted but I was tired, no doubt.