We are in the late European summer, I’m just home from San Diego and there’s about a year till the Acrux Expedition really gets underway. No time could be better to take a little test-trip before it all culminates. For a long time – almost as long as we’ve been taling about this project – it’s been our plan to take a training trip this summer. We almost immediately decided to ride around the Baltic Sea, and since we’re going that way anyway, we might as well add Nordkapp, the northernmost point in Europe (or thereabouts, more on that in a later article). We have three weeks to do the trip. It’s tight, but doable. 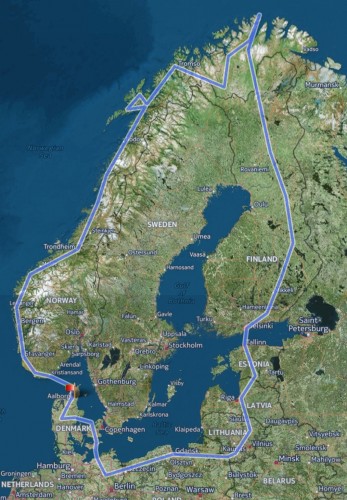 The route for our three weeks.

The route goes south via Zealand to Germany, where we’ll stay the night at Michelle and Philip’s place, whom I know from San Diego. We’ve been promised fajitas and good German beer. From there, east via Gdansk in Poland to the southern Lithuania, where my friend Renata will host us. Then north through the Baltic States and with the ferry to Finland. Here, we’ll take an easterly route through the land of thousand lakes to Norway and Nordkapp. Going to or from Nordkapp, we’ll check out the Old Post Road, which should be a nice off-road/gravel trip through northern Norway. Finally, a little over halfway through our three weeks, south along Norway’s coast. At some point we’ll split up and Anders will cross to Stockholm for a concert, while I’ll continue south to visit my two good friends, old classmates, and exile-Danes Anders and Erik. 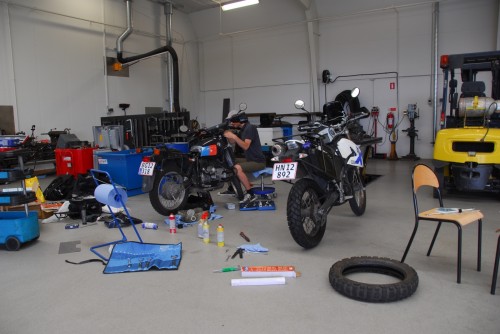 It’ll be great, especially if we get going better than we started. We met in Aalborg Tuesday night (yesterday) and went to Anders’ parents in Herning, two hours south, so he could pack whatever he needed and we could fix a couple of details on the bikes. 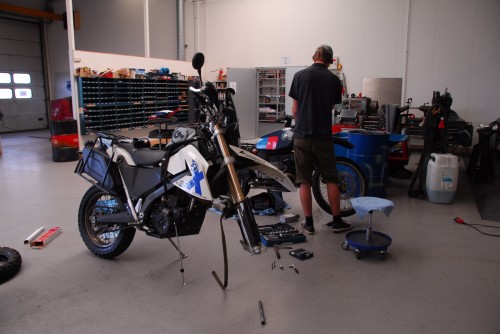 But then not quite… 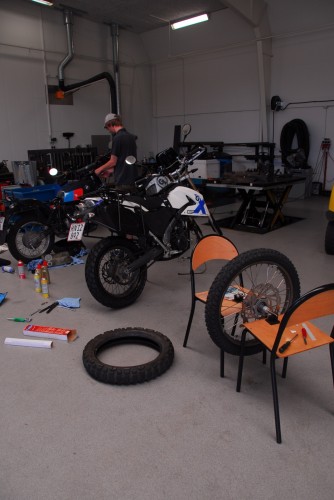 I balance my front wheel. 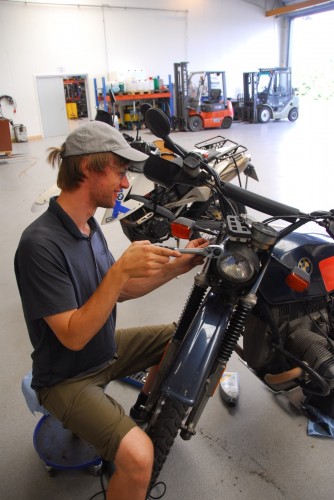 While Anders fixes his instrument panel.

“A couple of details” quickly grew to a longer list, and here Wednesday night we’re still in Herning. Now, though, the bikes are top tuned and ready for tomorrow. I changed my rear tire and Anders changes his oil in both gear box, drive shaft and final drive. Bob is not chain driven, so he had lots of oil to change there. We also fabricated a shield for Anders’ exhaust, since he’s recently had an issue with a melted bag which was resting directly on the exhaust. That shield turned out really well. 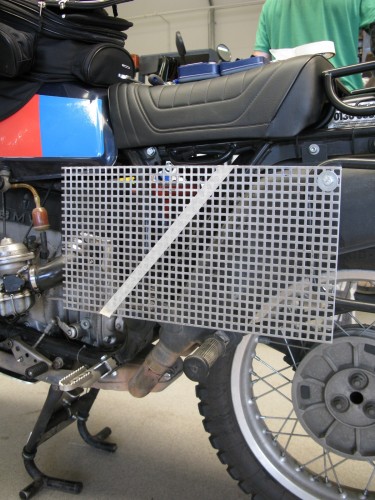 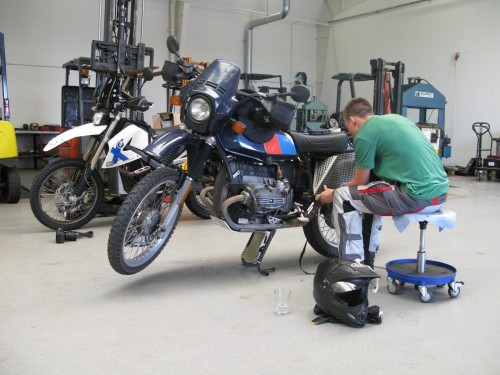 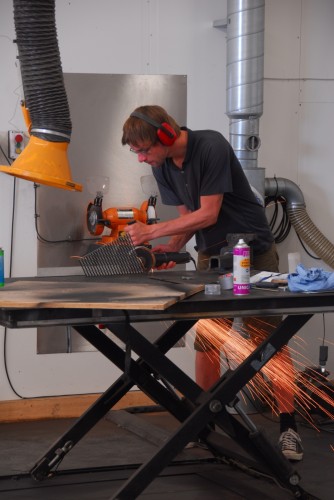 Final cutting – we’ll have to show the result in a later article.

But tomorrow we’re go for take-off and will make it all the way (fingers crossed) to Michelle and Philip. If you happen to know other people along the route, which we should visit or we can stay the night, we’re all ears!